Many commentators and politicians cite the automotive industry in Brexit discussions, so the Society of Motor Manufacturers and Traders (SMMT) has  published a clear rebuttal of some of the many arguments that have been used about the sector in recent years. The industry has been consistent and united – a ‘no deal’ Brexit would have a devastating impact on the sector and the hundreds of thousands of jobs it supports.

MYTH 1: The auto industry shouldn’t worry about leaving the EU with no deal

TRUTH: Leaving without a deal would trigger the most seismic shift in trading conditions UK Automotive has ever experienced. Overnight, it would be hit by an immediate end to free and frictionless trade with its biggest market, an end to preferential trade with a further 70 countries worldwide, the imposition of billions of pounds of tariffs, severe disruption to supply chains and production, and lasting damage to the global reputation of the UK as an attractive and stable investment destination.

MYTH 2: This is just the automotive industry scaremongering

TRUTH: The past two years have seen a significant drop in investment, car sales and manufacturing, driving the industry off course to meet its production target of 2 million cars by 2020. This is a cyclical sector and other issues are also undermining global growth but companies surveyed said that Brexit was costing jobs and competitiveness – one in five automotive companies have already lost business; thousands of jobs are being lost – and the UK hasn’t even left yet.1 This is reality.

MYTH 3: Industry is blaming Brexit but the real problem is falling diesel sales and the slowdown in global markets, including China

TRUTH: These are all issues challenging the global industry – it faces a perfect global storm. Brexit has been consistently cited by business as a cause of job cuts and reduced investment (now down to a fifth of the recent average), which undermines future competitiveness.2 Uncertainty is causing investors to look elsewhere.

MYTH 4: The EU market is in decline and growth markets are in the emerging economies. A ‘no deal’ Brexit will let us focus on those countries for export

TRUTH: EU car demand is slowing, but the Chinese market is also in decline, with UK-built cars exported there down by a quarter. We already export to some 160 markets worldwide including the emerging economies, but the EU, which accounts for more than half of this trade, is a 15 million-strong car market on our doorstep.

MYTH 5: A fall in the pound makes exporting cheaper so UK car makers will benefit

MYTH 6: A ‘no deal’ Brexit will help reduce car prices and increase choice

TRUTH: Unless the UK reaches agreement with the EU, tariffs will increase. Consumer choice depends on profitability; importers to the UK already have to engineer cars for right-hand drive, which is a significant added cost, while currency devaluation since 2016 has slashed margins. If prices rise, the market will contract, further squeezing margins and causing consumer choice to shrink.

MYTH 7: EU rules stifle innovation – the industry will be better off without them

TRUTH: The EU and the UK produce arguably the most technically advanced cars in the world, especially in safety and efficiency, and EU automotive rules are often the basis for global regulations. If the UK wants to sell cars to the EU and other global markets, it must comply with these rules. We currently have a say in their creation. We won’t once we leave but we will still have to abide by them.

MYTH 8: Leaving with no deal will mean more automotive jobs for British people

TRUTH: ‘No deal’ will cost jobs, not create them. Thousands of cuts have already been announced, with one in eight companies reducing headcount as part of contingency planning.3 The sector depends on accessing talent; we develop our own but look globally for the best people to fill any skills gaps and need our UK employees to develop international experience.

TRUTH: Recent announcements have shown how difficult it is to replicate trade deals, never mind strike new ones. Free trade agreements such as those between the EU and Canada and Japan take many years to negotiate and agree, and negotiating strength depends on size. The UK is large and relatively affluent but small compared with the EU, China, US, Japan and other countries.

MYTH 10: Tariffs would give UK auto manufacturers a competitive advantage at home

TRUTH: Only 12% of cars sold here in the UK are built here. We export more than 80% of the cars we produce, with two-thirds of these sold in the EU and markets such as Canada, Japan, South Korea and Turkey with which the EU has preferential trade agreements. Tariffs would disadvantage UK car manufacturers in all of these markets.

MYTH 11:  The UK could use import tariffs to support the automotive industry

TRUTH: Using tariffs to support domestic industry is strictly regulated under World Trade Organisation rules. Some financial support is allowed but other countries could retaliate by taxing imports of the subsidised vehicle or component to protect their own industries. This would undermine the automotive industry’s principle of free and fair trade.

MYTH 12: The German car industry sells 750,000 cars in the UK – it will demand a deal to protect its own interests

TRUTH: The German and EU car industries have been clear: the single market matters more to them than a deal with the UK. The UK is an important car market but it only accounts for around 10% of EU production volumes,4 while we ship more than 40% of everything we make to customers in the EU.

MYTH 13: The demise of UK automotive manufacturing would be a price worth paying for ‘no deal’; the economy would cope without it

TRUTH: Automotive manufacturing is one of the UK’s most important economic pillars, producing high value goods, creating skilled jobs and driving exports. It delivers an annual £82 billion direct to the Treasury, employs 168,000 people and supports local economies, and is responsible for 14.4% of the UK’s export in goods. However, the true scale of its contribution is significantly larger, at around £175 billion5 once the impact on adjacent sectors, including raw materials; R&D; logistics; retail; finance; insurance; tech and more are taken into account. 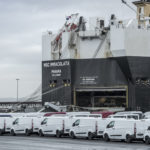 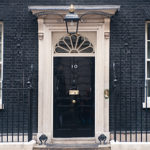