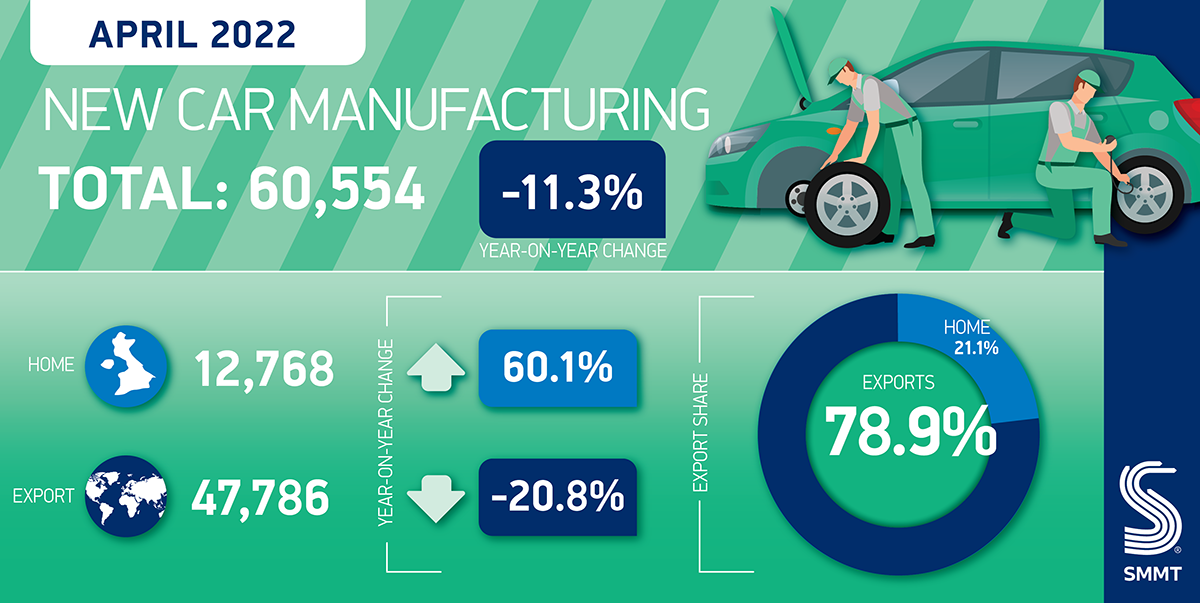 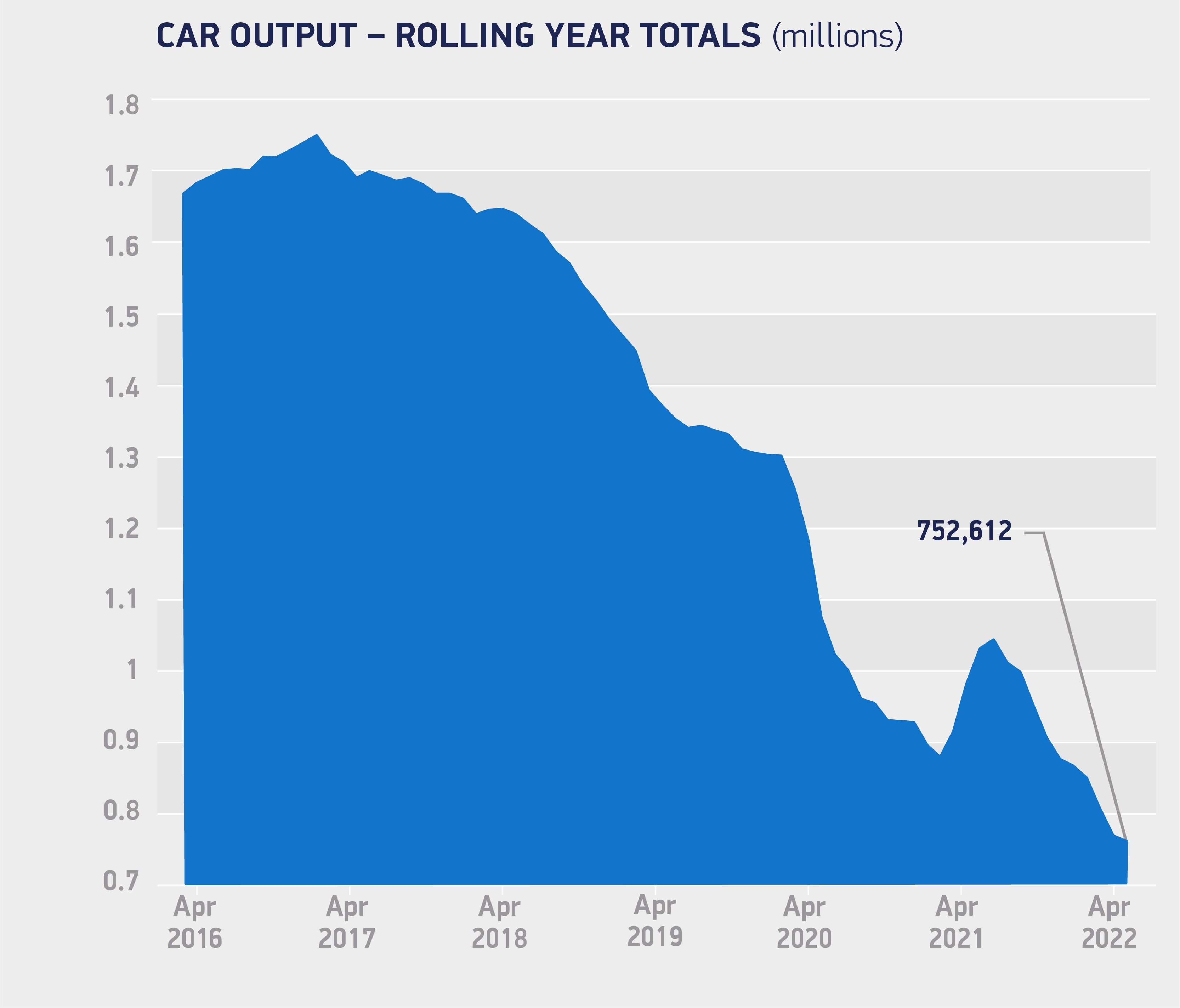 UK car production fell -11.3% in April with 60,554 units rolling off factory lines, according to the latest figures released today by the Society of Motor Manufacturers and Traders (SMMT). The ongoing global shortage of semi-conductors, the impact of the war in Ukraine on supply chains, model changes and broader industry structural changes all contributed to a volatile month’s output.

These factors also had a significant effect on year-on-year export comparisons, with the closure of a major UK car plant in 2021 continuing to impact export figures, particularly to the US. 7,752 fewer cars were made in the month than a year before and the total was -14.7% below the April 2019 pre-pandemic level. This was itself down -44.5% on April 2018, due to shutdowns rescheduled to mitigate against the possibility of a no-deal Brexit.1 The overall picture was mixed, as production output for overseas markets fell by -20.8%, driven by a -68.0% decline in shipments to the US, and a -10.4% drop in those to Asia.

Six-in-10 cars exported headed to the EU, representing a 5.0% uplift in shipments, while production for the UK grew for the second month in a row, up a massive 60.1%. This substantial rise was primarily the result of new models coming to market, attracting buyers into showrooms, but is flattered by comparison with April 2021 when the economy was restarting after lockdown with demand subdued.

The figures reveal that, despite the incredibly tough economic backdrop, UK car makers continue to shift focus towards the latest battery electric, plug-in hybrid and hybrid vehicles, technologies that are essential to both cleaner air and net-zero ambitions. More than one-in-four (26.4%) cars made in April was electrified, equivalent to 16,010 units, up 2.1% on the same month a year ago, boosted by battery electric vehicle output up 38.2% (to 9.9% share).

The UK car industry is exposed to a host of issues that are undermining output and competitiveness. Global chip shortages and supply chain disruption are exacerbated by spiralling energy costs, additional trading costs and slowing global markets. The foundations of the sector are strong and the transition to zero and ultra-low emission vehicles continues apace but we need more policies and measures that support manufacturing and encourage investment into the UK at this most challenging of times.

As the overall cost of business continues to increase, UK automotive manufacturing urgently needs relief on specific input costs, most notably energy, which have doubled in the last year and are putting UK manufacturers at a competitive disadvantage. UK automotive manufacturing needs relief equivalent to that afforded to Energy Intensive Industries and access to low cost and low carbon energy comparable to European competitors, combined with long-term measures to boost investment in R&D, plant and machinery and skills to ensure productivity and competitiveness are assured as the sector transitions to zero carbon technologies. 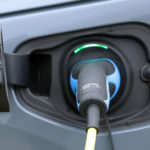 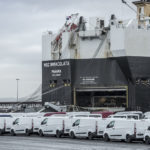