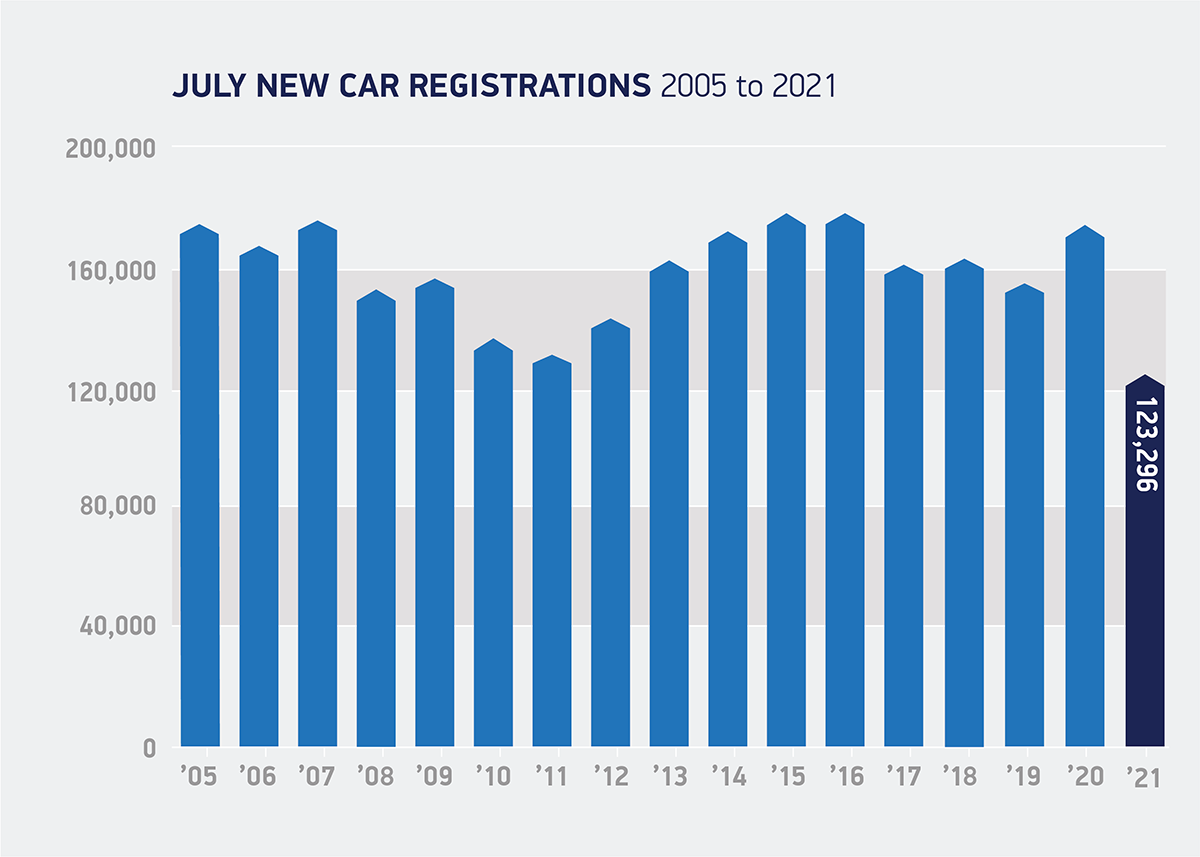 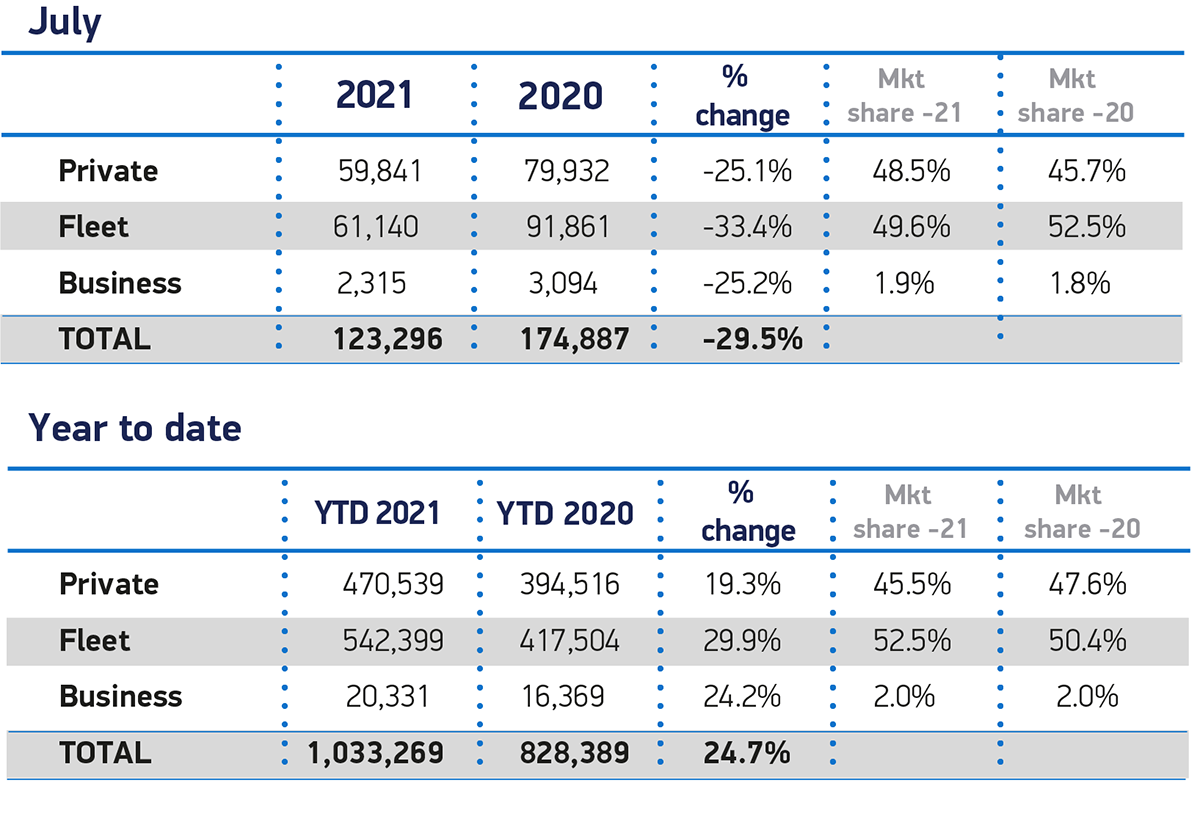 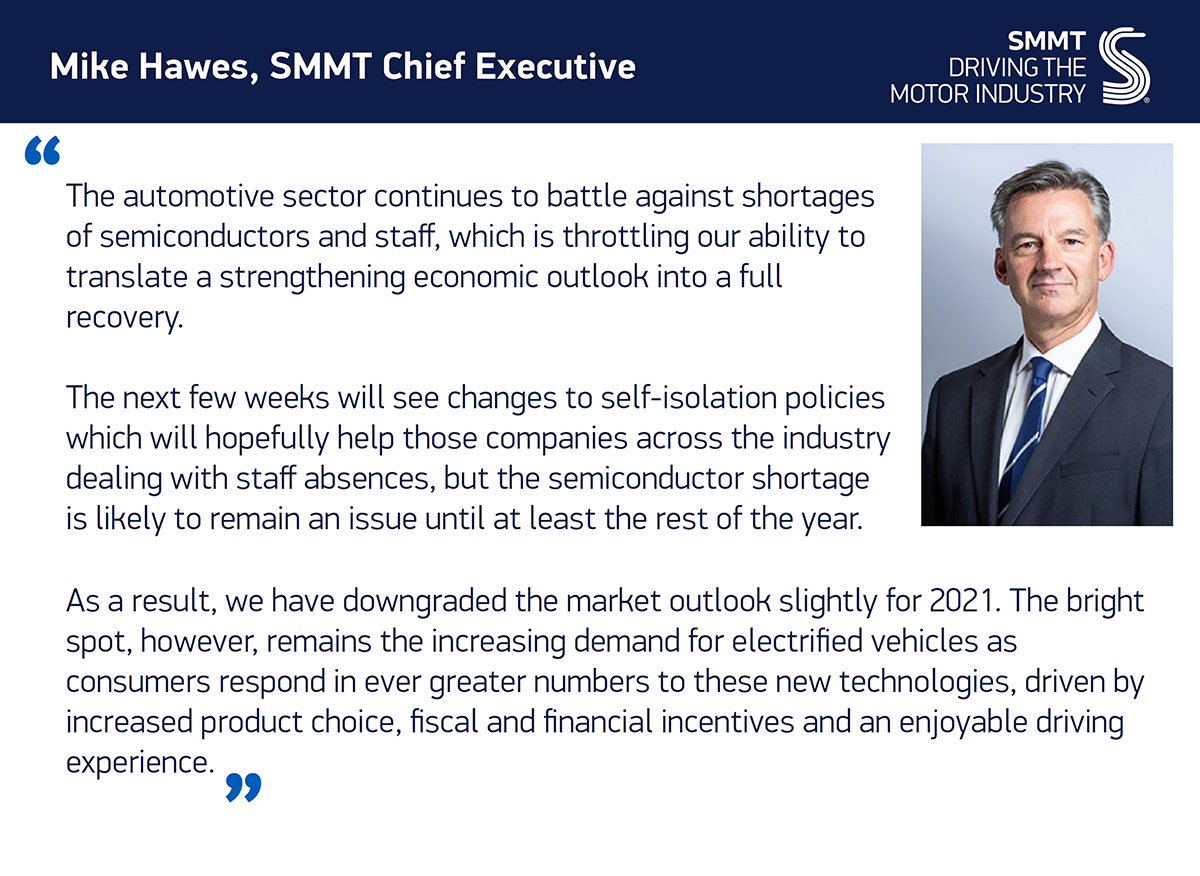 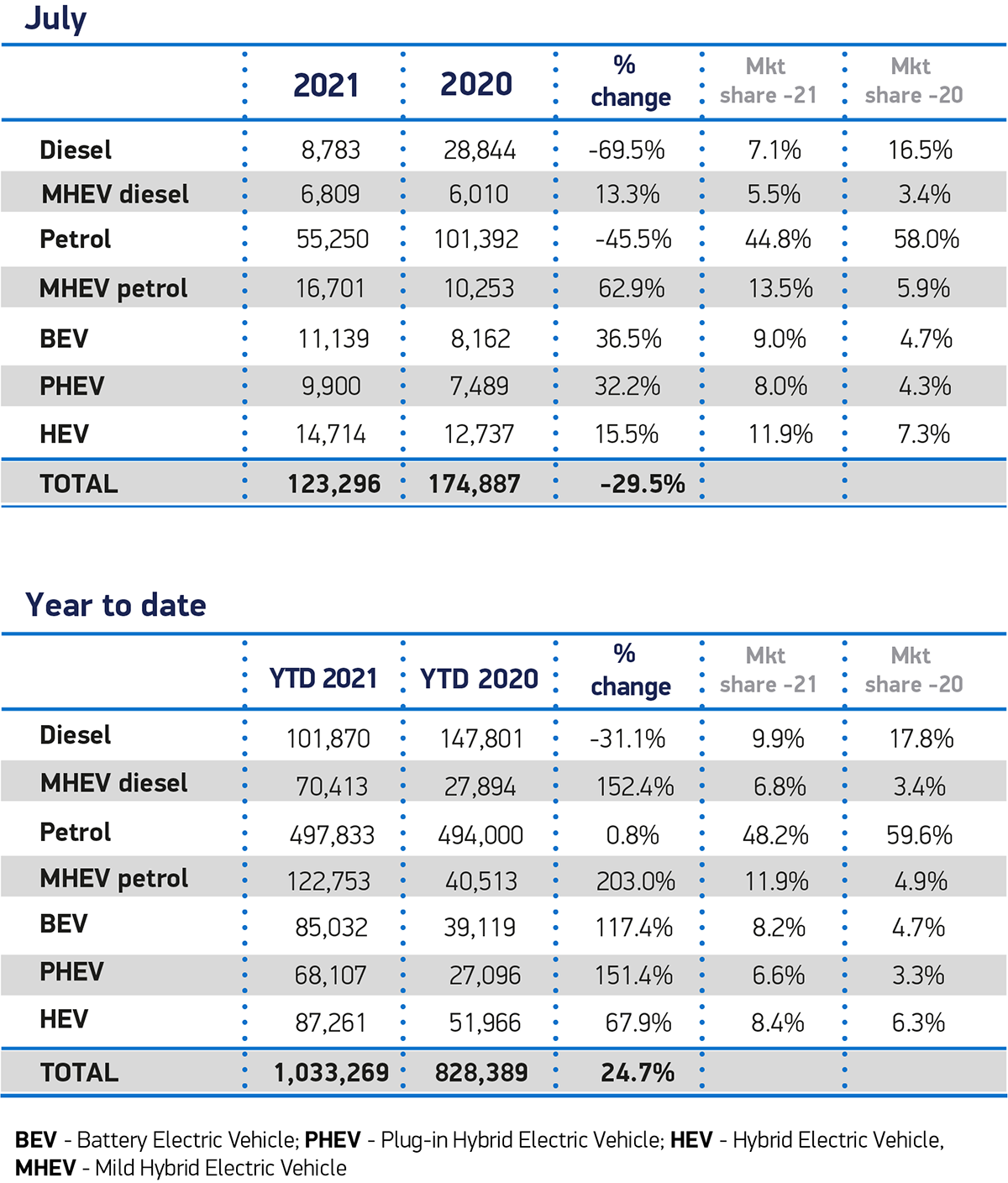 July’s new car registrations fell by -29.5% to 123,296 units, according to the latest figures from the Society of Motor Manufacturers and Traders (SMMT). The decline was artificially heightened by comparison with the same month last year, when registrations rose dramatically as showrooms enjoyed a full month’s operation following the first 2020 lockdown.

However, the July performance was down -22.3% on the average recorded over the past decade, as the ongoing semiconductor shortage and the ‘pingdemic’ impacted on both supply and demand.1 As a result, this was the weakest July for new car registrations since 19982, prior to the introduction of the two-plate system.

The decline was predominantly within large fleets which, at 61,140 units, was some -28.7% lower than the average recorded over the past decade.3 Private registrations declined by a lesser extent, -10.7%, to 59,841 units.4

While the UK’s economic outlook continues to strengthen, with most consumer indicators suggesting a greater appetite for spending, including on so-called ‘big ticket’ items, supply challenges continue to throttle growth with the weaker market conditions expected to continue in August – traditionally a quiet month for registrations – before modest growth returns in Q4.

As a result, the latest SMMT outlook has been revised downward and now forecasts registrations to reach around 1.82 million units in 2021. This is still some 11.7% up on 2020, but down from the 1.86 million forecast in April, and down around -21.8% on the average new car market recorded over the past decade.5 More positively, however, given the continued strengthening of the electric vehicle market, SMMT now estimates that BEVs will account for 9.5% of registrations by year end, while PHEVs are forecast to comprise 6.5% of the market, collectively totalling around 290,000 units by the end of the year.

The automotive sector continues to battle against shortages of semiconductors and staff, which is throttling our ability to translate a strengthening economic outlook into a full recovery. The next few weeks will see changes to self-isolation policies which will hopefully help those companies across the industry dealing with staff absences, but the semiconductor shortage is likely to remain an issue until at least the rest of the year. As a result, we have downgraded the market outlook slightly for 2021. The bright spot, however, remains the increasing demand for electrified vehicles as consumers respond in ever greater numbers to these new technologies, driven by increased product choice, fiscal and financial incentives and an enjoyable driving experience. 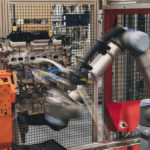 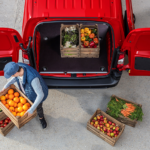