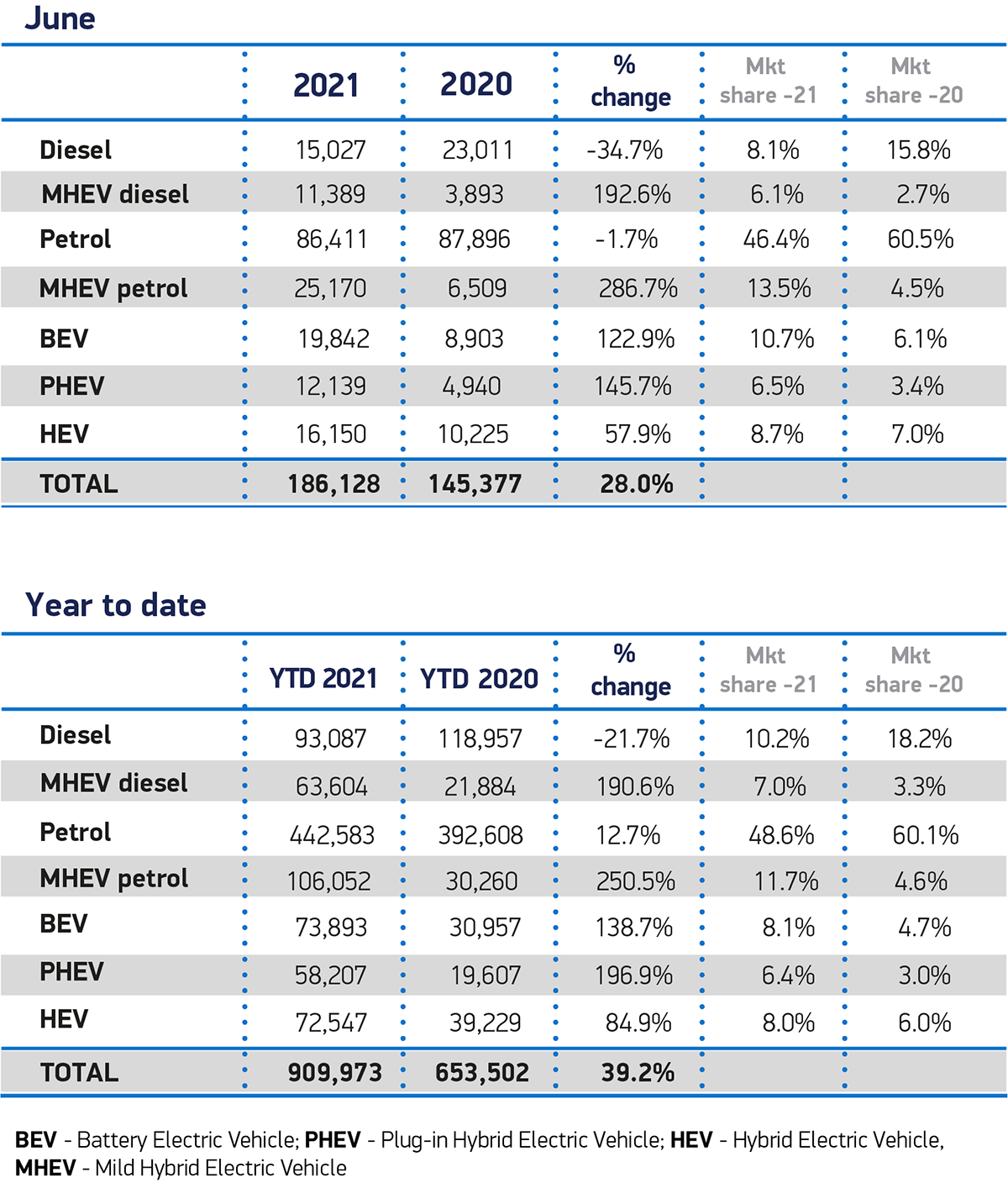 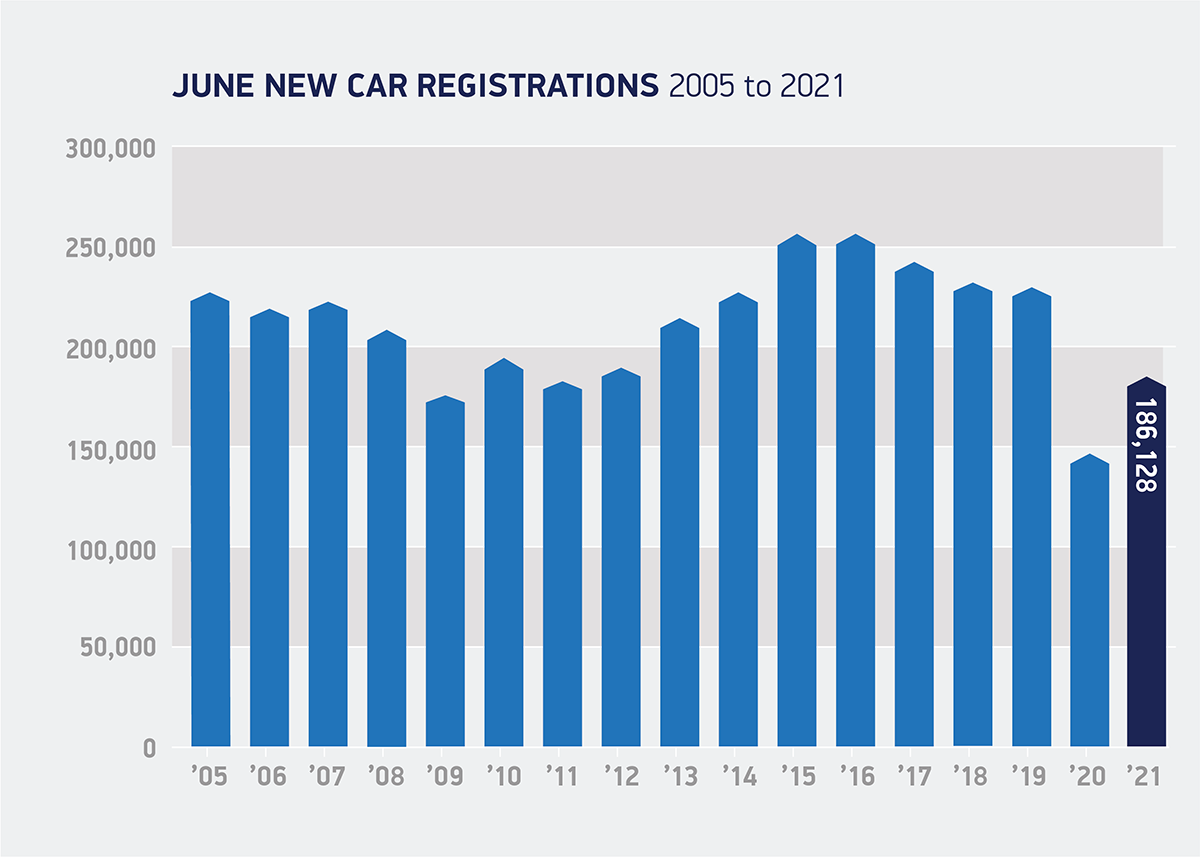 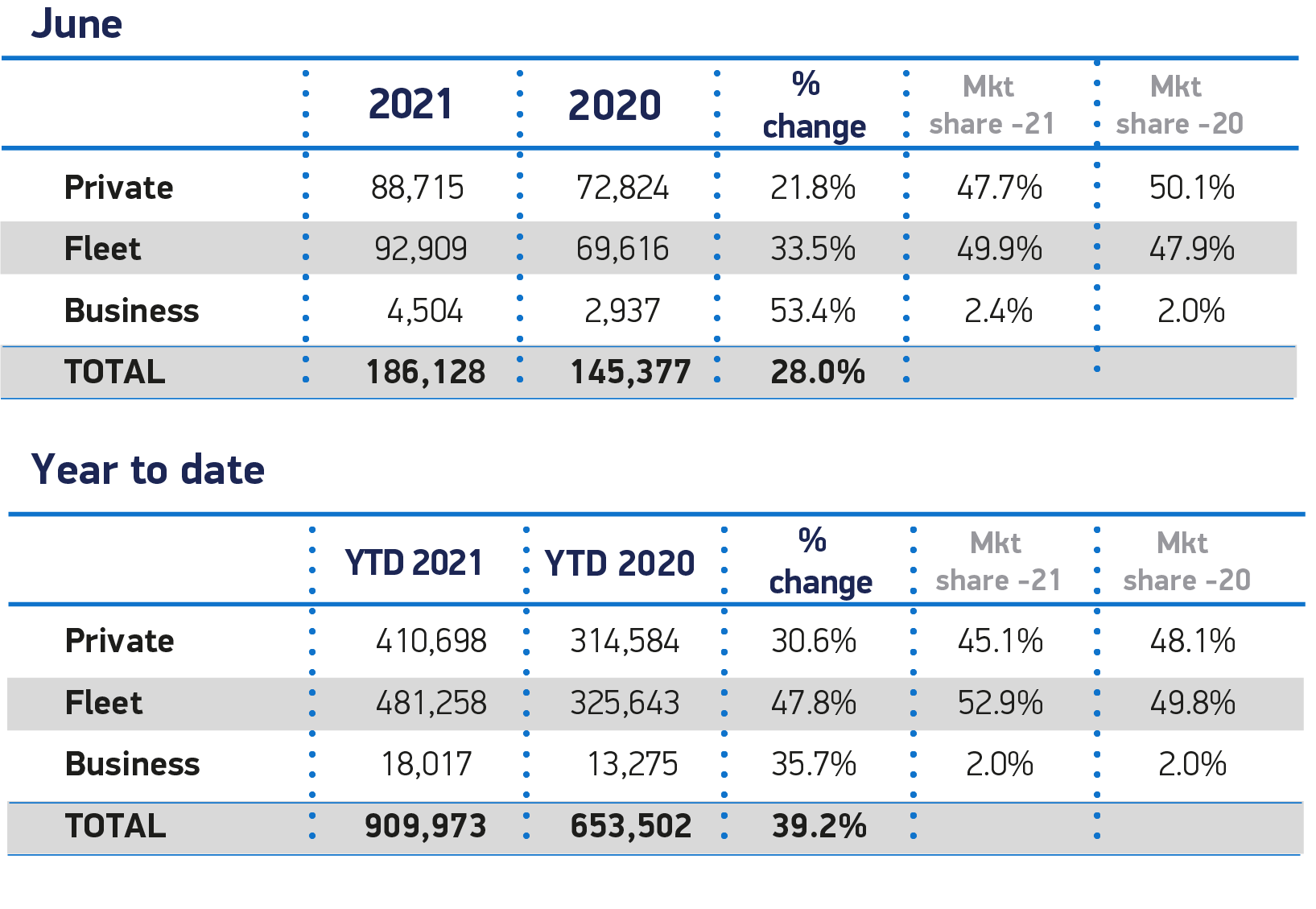 New car registrations in June grew 28.0% year-on-year to 186,128, according to the Society of Motor Manufacturers and Traders (SMMT)’s latest figures. The monthly performance was again artificially lifted through comparison with June 2020, when the UK began to emerge from the first pandemic lockdown and showrooms in England opened up at the beginning of the month.

Compared with the previous decade average, however, monthly registrations were down -16.4%, while total registrations for Q2 2021 fell short of industry expectations by around 9,000 units partly as the ongoing global semiconductor shortage acted as a limiting factor on supply.1 As a result, overall registrations for the first half of the year are down -26.8%.2

With the latest SMMT research showing electrification could create 40,000 new jobs by 2030, plug-in vehicles continued to increase market share.3 Combined, battery electric (BEVs) and plug-in hybrid vehicles (PHEVs) accounted for 17.2% of new vehicles hitting the road (31,981 units). BEVs accounted for more than one in 10 registrations (10.7%). PHEV uptake, however, continued to grow faster than BEV uptake for the third month running, following reductions to the Plug-in Car Grant in March.

Private registration numbers were positive but subdued compared to large fleets, reflecting an ongoing trend for the year with consumer uptake increasing 30.6% year on year, compared to 47.8% for fleets.

All vehicle sizes – bar executive and multi-purpose – saw growth in June, with the strongest growth seen in the mini segment, which had been relatively weak for several months. Superminis were the most popular car class, accounting for 34.1% of registrations, followed by lower medium (26.8%) and dual purpose (24.5%).

While economic confidence continues to strengthen, with some independent forecasts for GDP growth reaching 8% in 2021, new registrations still remain adrift of pre-pandemic levels. Returning to the previous decade average of 2.3 million new car registrations per annum, and for that total to be electrically-driven, consumers need certainty about the future with long term government commitments to incentives, and confidence in the rollout of charging infrastructure nationwide.

With the final phases of the UK’s vaccine rollout well underway and confidence increasing, the automotive sector is now battling against a ‘long Covid’ of vehicle supply challenges. The semiconductor shortages arising from Covid-constrained output globally are affecting vehicle production, disrupting supply on certain models and restricting the automotive recovery. However, rebuilding for the next decade is now well underway with investment in local battery production beginning and a raft of new electrified models in showrooms. With the end of domestic restrictions later this month looking more likely, business and consumer optimism should improve further, fuelling increased spending, especially as the industry looks towards September and advanced orders for the next plate change. 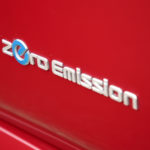 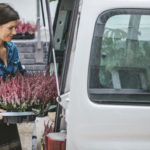