The 81st President of the Society of Motor Manufacturers and Traders (SMMT), Dr George Gillespie OBE, Executive Chairman HORIBA MIRA, will serve a third term in 2021 to provide continuity and leadership at a time of tremendous challenge for the automotive sector. The announcement was made this week at SMMT 2020 Update Live, an online event held on the day the 104th SMMT Annual Dinner would have taken place in central London.

Dr Gillespie first took office on 1 January 2019, replacing Tony Walker CBE DL, Managing Director, Toyota Motor Europe – London Office – now retired, who also stays on for a third year as deputy president, with his term running until the end of next year. Both will be supported by a team of vice presidents, which includes existing member Robin Shaw, Executive Advisor, wejo, plus three new additions for 2021:

“I am delighted to have been asked to serve one more year as SMMT President in 2021. It is perhaps more vital now than ever before that the sector has a strong trade body and I am immensely proud of how SMMT has stepped up to defend our industry and advance its interests in the face of so many hurdles. After a really tough 2020, I look forward to 2021 with confidence that the UK’s automotive sector, which is built on such strong foundations, will be on the road to recovery, helping the country build back together.”

“On behalf of all in the industry, I would like to express our gratitude to George for his sterling support during what has been the most testing year of the century, with the industry badly affected by coronavirus while facing significant changes in technology and trading conditions. I am delighted he has kindly agreed to stay on for a third year as SMMT President as I recognise the challenges of balancing his existing global responsibilities with Horiba with those of SMMT. George’s knowledge and experience will help provide stability throughout 2021 and, together with the new SMMT vice presidents whom I warmly welcome, will help stand us in good stead amid the myriad challenges ahead.”

Dr Gillespie has some 25 years’ international experience in the automotive and marine sectors, having previously held senior roles with Ricardo plc and Schenck AG. He joined MIRA in 2009 as CEO, growing the business internationally and leading its sale in 2015 to HORIBA Japan. Today, HORIBA MIRA is one of the leading global providers of engineering, research, development and testing services to the automotive industry. He has a PhD from Queen’s University, Belfast, for research into low emission engines and is a Fellow of the Institute of Mechanical Engineers.

Robin Shaw has 35 years’ automotive aftermarket experience. After introductions to the sector with Dana and Unipart, he has run aftermarket, and other businesses, for Federal-Mogul, Robert Bosch and, Bridgestone. Robin now works with, and advises, a number of companies in the aftermarket sector, including wejo Ltd. He has served on various SMMT committees and has been a trustee and advisor with Ben, the automotive industry charity, for many years.

Mick Flanagan has worked in the automotive sector since 1987, starting out at Ford, before moving to Visteon where he spent some five years working in product development. Mick then joined Johnson Controls as Plant Manager, rising over 14 years to become Vice President and General Manager Ford and GM Business Unit. Following the spinoff of Johnson Controls’ seating division into global seating manufacturer Adient, Mick has spent the last four years in senior management positions in the UK and Germany at Adient and is currently responsible for global business with many leading car makers.

Alison Jones was appointed as group managing director of Peugeot, Citroën, DS Automobiles in the UK and Senior Vice President for Groupe PSA in February 2019. Jones joined Groupe PSA from Volkswagen Group where she most recently held the position of managing director of Volkswagen Passenger Cars. Jones was promoted to the top job at the Volkswagen brand in the UK in 2016 from her previous position as Aftersales and Customer Quality Director for the wider VW Group (VWG). Jones has worked for 20 of her 30-year career at VWG, starting in finance, before moving to retail operations and then customer services. She became Finance Director in 2004, before being made Head of Aftersales and Customer Services in 2007. She switched to a Group role overseeing the transformation of the Customer Service Centre before being made Sales Director for Audi in 2011. She was back at group level in 2012 working as Customer Quality Director, before adding Aftersales to her remit in 2014. Jones has been a Vice President for the Institute of Customer Service for over seven years.

Glenn Saint is a mechanical engineer with 40 years’ experience in the transport sector. Glenn entered the commercial vehicle body building environment running his own company manufacturing recovery equipment before joining the bus manufacturer Optare in 1997, becoming Deputy CEO and Commercial Director. Glenn joined Arrival (formerly Charge) in November 2014 as Technical Director and was responsible for the initial business set up in the UK heading the design team, and now works as Chief of Commercial vehicles, representing the company with its customers, and supporting government affairs and global expansion plans.
27th November 2020
Statements 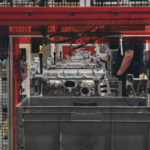 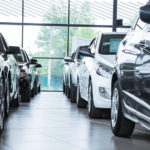