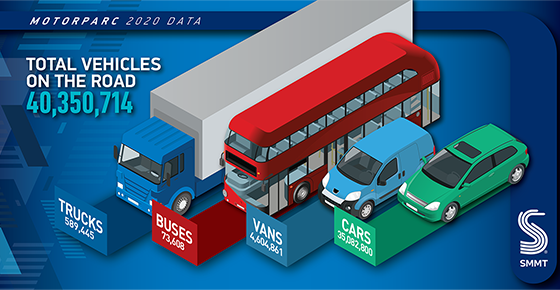 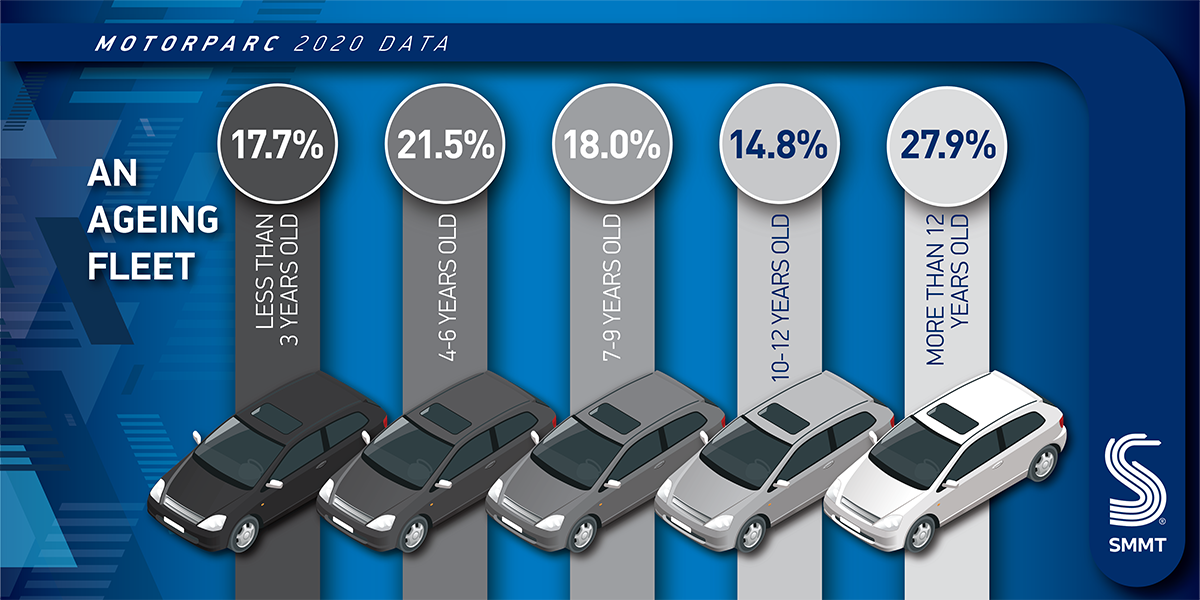 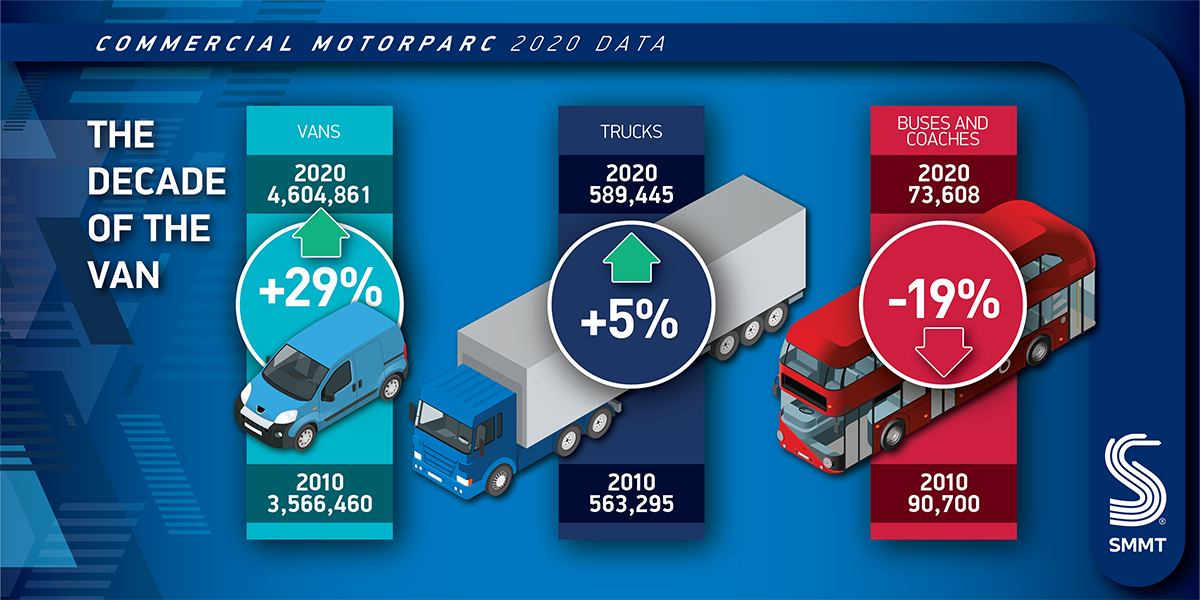 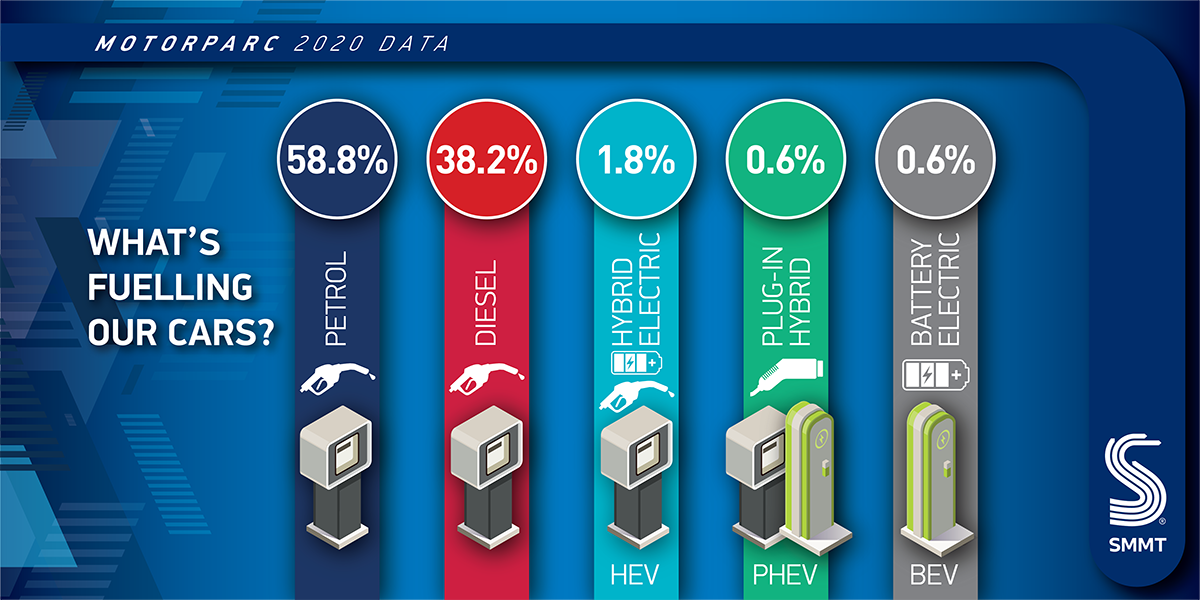 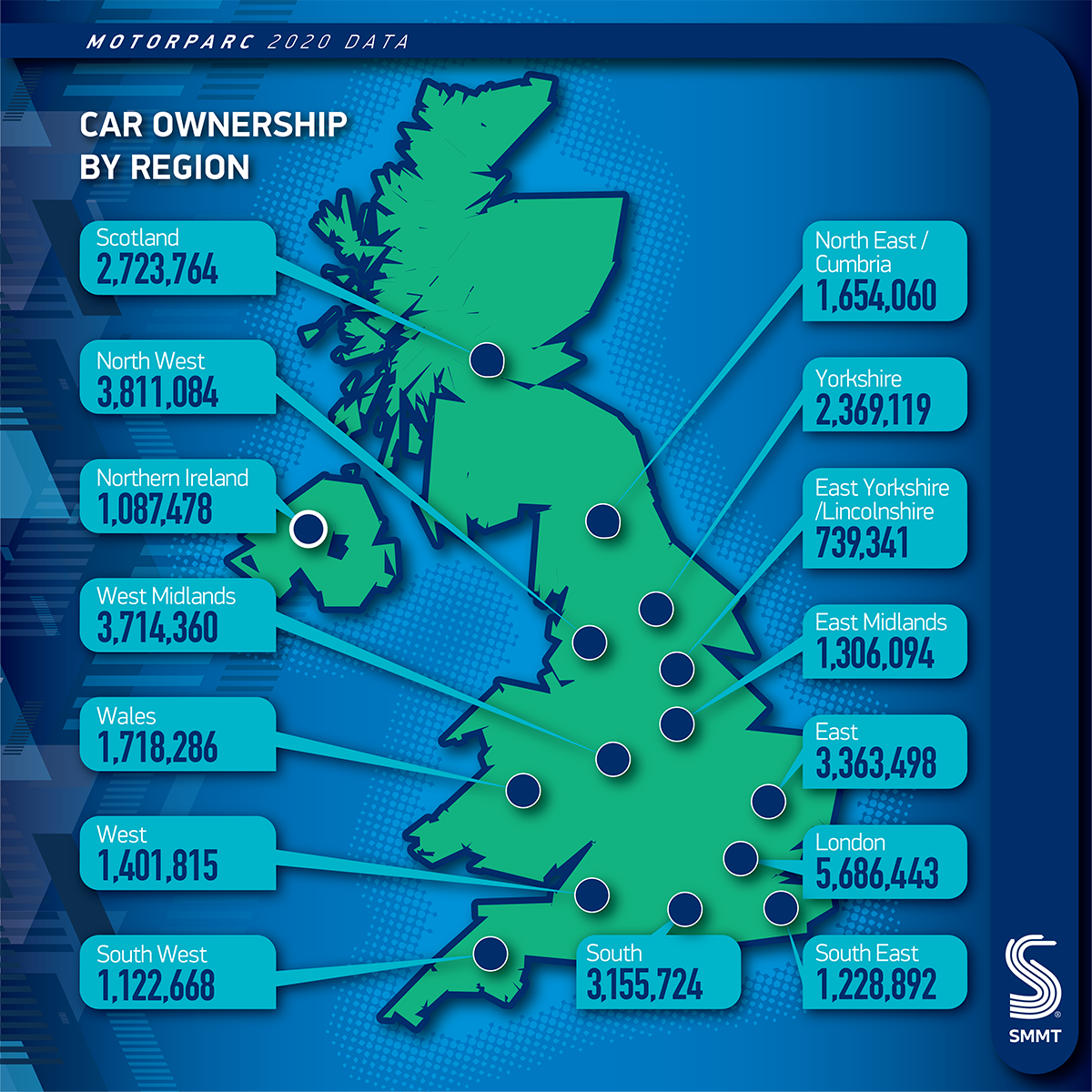 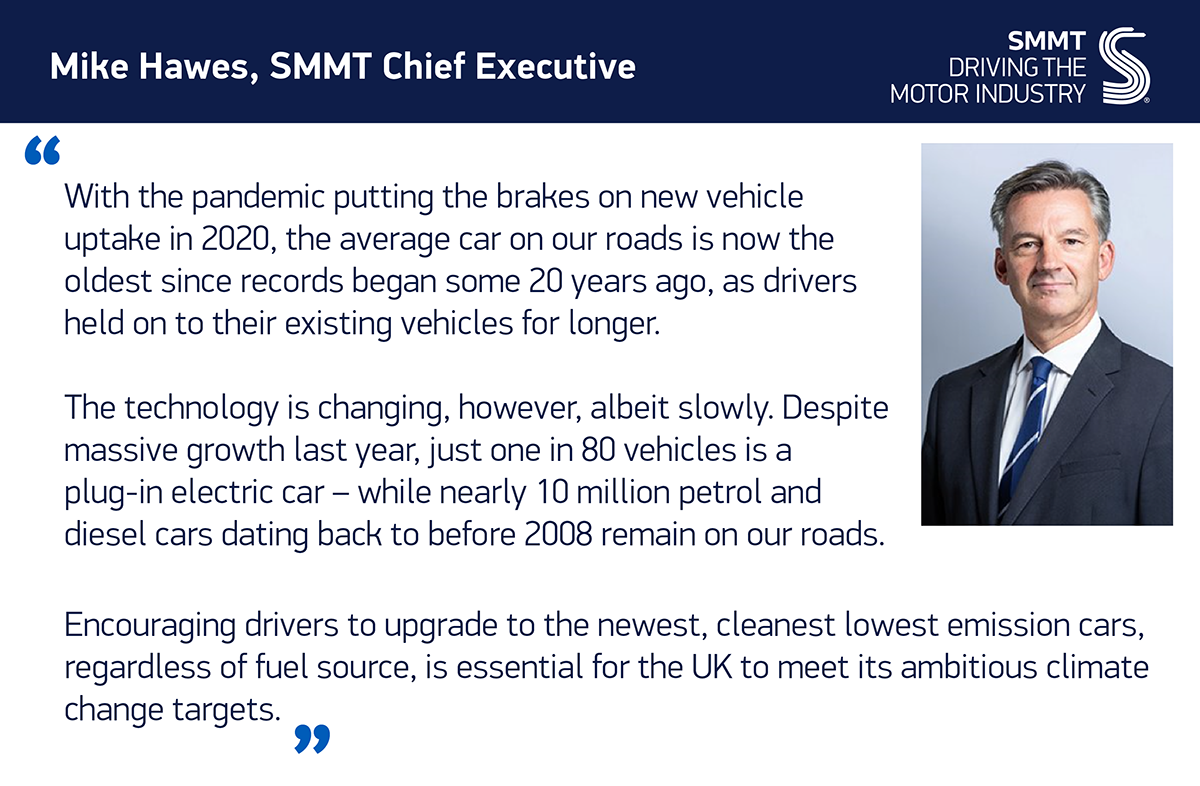 Vehicle numbers on UK roads fell to 40,350,714 in 2020, according to Motorparc data released today by the Society of Motor Manufacturers and Traders (SMMT), the first time the total number has fallen since the global financial crisis of 2009. As the pandemic stifled new vehicle uptake, the average age of cars on UK roads is now the highest on record at 8.4 years. Van uptake, however, has grown to the highest level in history, accounting for 11.4% of all vehicles on the road.

The latest parc data illustrates that, for the second consecutive year, there were more than 35 million cars registered on UK roads (35,082,800), although that figure represents a modest -0.2% dip as Covid impacted new volumes entering the market.

Light commercial vehicles (LCVs) – the only vehicle type to see an increase – saw 1.7% growth over the past year, up to a new record high of 4,604,861 vehicles. Many of these have been instrumental in supporting the nation during the pandemic, providing support to the NHS, and delivering food and goods across Britain.

Meanwhile, the number of heavy goods vehicles on our roads declined by -3.1% to 589,445 units. Bus and coach numbers saw the most significant fall at -10.7% to 73,608, as the pandemic dramatically reduced already-declining passenger numbers causing fleet operators to pause new fleet purchases and take unused vehicles off the road.

With showrooms closed for large periods of 2020 due to lockdowns, fewer new cars were registered, resulting in the oldest average car fleet since records began. The average car on UK roads was built in 2011, while almost 10 million cars have been in service since 2008 or earlier. While this is testament to the durability and quality of modern vehicles, an ageing fleet risks stalling the UK’s attempts to reduce emissions. A new car from 2020 emits, on average, 112.8g/km of CO2, which is 18.3% better than a model registered in 2011. Fleet renewal is essential if the UK is to reach its net zero target, with both conventional and alternatively fuelled vehicles having a significant role to play in the transition.

As part of the journey towards zero emission motoring, the number of battery electric vehicles (BEVs) on UK roads increased by 114.3% to a record high of 199,085, while plug-in hybrid vehicles (PHEVs) also saw their numbers increase by 35.2% to 239,510. However, combined, they represented just 1.3% of all cars on our roads – emphasising the importance of replacing older vehicles with newer, cleaner ones. Hybrid electric vehicles (HEVs) saw their numbers grow by a fifth to 621,622 cars. Petrol car volumes remained stable, down -0.2%, with diesel falling -2.3%. Combined, internal combustion engine (ICE) models accounted for 97.1% of the total parc – or 34,018,599 units.

Britain’s favourite car types are still the supermini and lower medium segments which account for six in 10 cars in service, at 11,620,733 and 9,256,839 units respectively. Dual purpose vehicles remain a distant third, with 4,619,061 in use but now account for 13.2% of cars on the road, as consumer tastes and demand shift.

With the pandemic putting the brakes on new vehicle uptake in 2020, the average car on our roads is now the oldest since records began some 20 years ago, as drivers held on to their existing vehicles for longer. The technology is changing, however, albeit slowly. Despite massive growth last year, just one in 80 vehicles is a plug-in electric car – while nearly 10 million petrol and diesel cars dating back to before 2008 remain on our roads. Encouraging drivers to upgrade to the newest, cleanest lowest emission cars, regardless of fuel source, is essential for the UK to meet its ambitious climate change targets.

SMMT’s Motorparc database analyses the records of more than 40 million cars and commercial vehicles currently on the road, broken down by make, model, region, town and postcode. With more than 24 years of historical data, it is one of the richest automotive data sources anywhere in the world. More information about SMMT’s Motorparc and new vehicle registrations data services can be found at www.smmt.co.uk/data 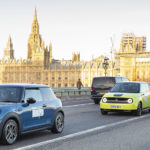 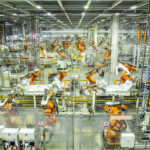